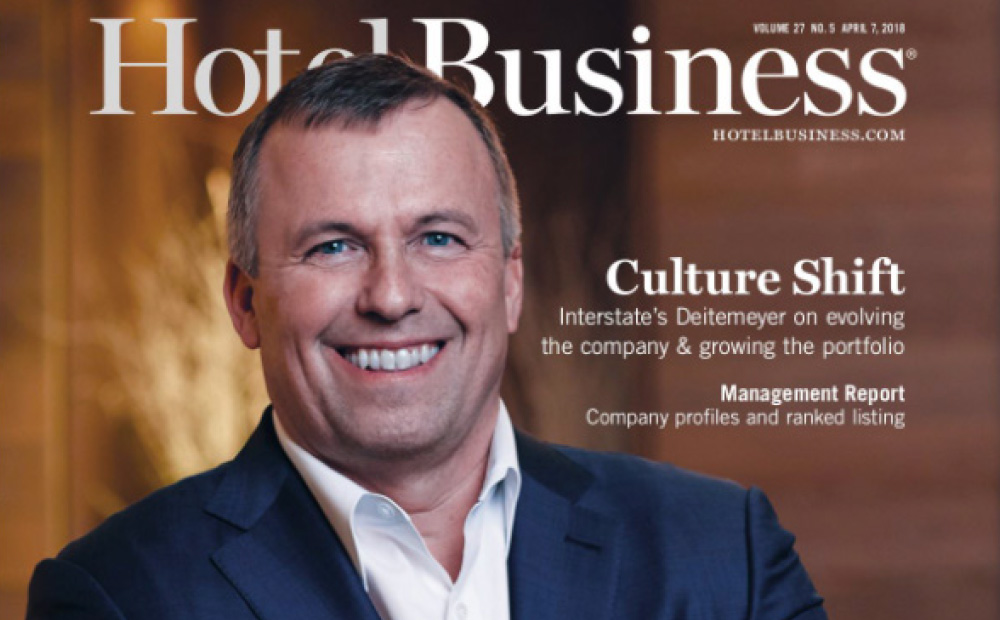 Hotel Business: Interstate’s new CEO discusses his theory of evolution and what makes a best-in-class portfolio

Interstate Hotels & Resorts is used to being at the top. As one of the largest management companies in the industry, the operator is known for having properties throughout the United States and internationally, moving to wherever its owners need it. In the past year, Interstate has increased its portfolio and picked up several key executives. The company has set its focus on expanding both domestically and internationally, growing and developing its team, and adding value for its owners.

“The industry has changed a lot,” said Michael J. Deitemeyer, president and CEO of Interstate Hotels & Resorts, a 57-year-old management company. “It’s not select-service and full-service anymore. It’s select, select-lifestyle. It’s extended-stay. It’s resort. It’s luxury. What’s been interesting to me, as we look at the team, is making sure that we’re best-in-class for all of those different segments and verticals within the organization.”

Over the past year, Interstate’s new CEO—Deitemeyer was appointed to the position last year, after a 21-year stint at Dallas-based Omni Hotels & Resorts—has been leveraging his authority to “bring some new energy and excitement around these different verticals.”

It was a homecoming of sorts for the executive, who began his career with Interstate in 1992, during his senior year of college, when the company only had about 40 properties. Today, Interstate’s portfolio totals a little more than 400 properties.